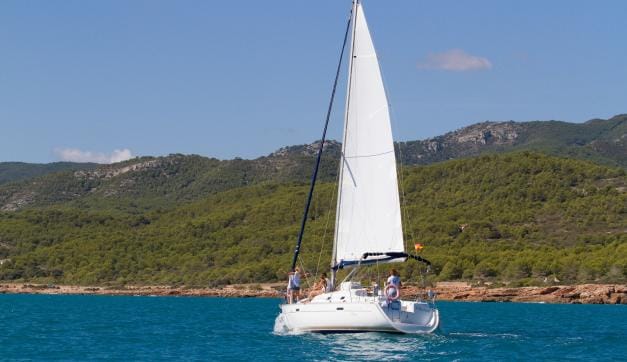 The coastline of  Serra d’Irta Natural Park is a relatively unknown area, and one of the most beautiful natural spaces on the coast in Region of Valencia.

Located in the north of the province of Castellón, between the towns of Peñíscola, Santa Magdalena de Pulpis, Alcalà de Xivert and Alcossebre, the Serra d’Irta Natural Park covers an area of almost 8,000 hectares of unspoilt nature. From the Campanilles peak (572m), steep slopes descend to the sea, forming a 12 km coastline of small coves of sand and rock among leafy pine forests and clear waters.

From the sea, the seafarer can easily identify one of the most relevant historical vestiges of this Park, the 16th century watchtower called Torre Badum, as well as the hermitage of Santa Llúcia, located in a privileged enclave from where you can also enjoy magnificent views of the sea.